We’re all taking a massive breath…. What.an.amazing.weekend.of.flying!!!!  Few people could have anticipated what we were in for especially in Open Class 4-Way.

This meet gives a glimpse of where everyone is as we begin the competition season. The questions everyone wanted to see answered were:

Here’s what we learned:

SDC Rhythm XP is the favorite to win Nationals this year, but it won’t come easy. These guys are flying really well. They’ll come away from the meet happy with a 26 average, but also excited knowing that they can be even better. It’s early in the season and with hundreds of training jumps ahead, it will be exciting to see where they are when everyone meets at Skydive Perris for this years USPA Nationals.

Despite a new teammate and everyone taking on a new position on the team, Airspeed made a BOLD statement. These guys are ready to throw down and will not go quietly as they plan to defend their title as National Champions by season’s end. Based on this performance, it’s going to be a very interesting season. Everyone will wonder what the outcome could have been had Airspeed not struggled in round 1 giving up 7 points to SDC Rhythm XP. What was so impressive was Airspeed’s mental toughness to slowly dig out of the hole they built to regain 5 points on the 7 point deficit throughout the meet to take bronze. Ari Perelman showed his mettle and demonstrated to all that he has both the skill and talent to be on one of skydiving’s most famous and successful teams.

Where did these guys come from? XP 4 wasn’t even on anyone’s radar before the meet began and though they didn’t win gold are probably the talk of this entire meet. The All-Star lineup of Thomas Hughes, Brian Krause (BK), John D’Annunzio and Kirk Verner showed that experience pays dividends. Despite no more than 30 minutes of training together these former champions effortlessly ripped points together leaving all who watched… amazed. Everyone is hoping that this pickup team carries on throughout the season as it would make life interesting to everyone else in the Open class. In the end, XP4 fell behind SDC Rhythm XP by one solitary point after giving up their first place lead in the 8th round. What could have been…. 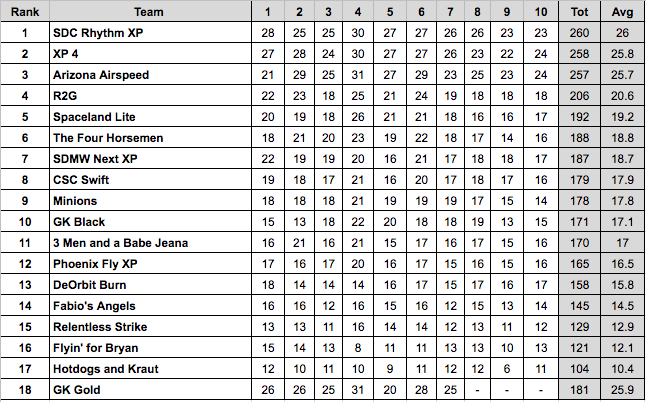 Congratulations to Team CoNEXTion on their first place finish! While CoNEXTion’s win was never in doubt, there was an awesome battle for the silver between Texas Crush and Vega… the difference of one point separating the two teams which occurred in Round 9.

Congrats to Team 50-50s with an impressive 14 average. 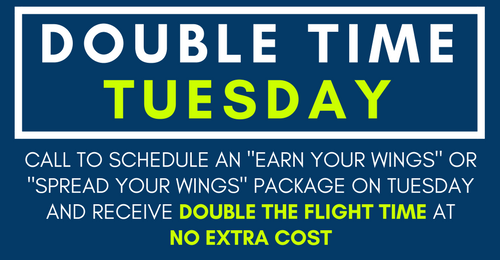 We were able to share the tunnel with the Army Golden Knights Skydiving Team which made for a memorable experience! We had an absolute blast and have recommended trying the wind tunnel to everyone we know.