If you thought that indoor skydiving could only possibly be done one way, you’d be very, very wrong, dear reader. In fact, there are loads of ways to fly the tubular skies, and just as many ways to compete against other athletes throwing similarly badass moves. Don’t believe us? Well: In 2018, the 3rd Annual Indoor Skydiving Championships were hosted in Bahrain, featuring a full complement of these indoor skydiving disciplines in its competitive lineup. The 4th Indoor Skydiving Championships will be hosted in Belgium in 2020, and may include still more. Heck — a little bird told us that the sport might even be going Olympic before long! Here’s what to know about the different kinds of indoor skydiving.

Beyond the Basics: Formation Skydiving

The first discipline you’ll learn as an indoor skydiver is formation skydiving. Formation skydiving, known to us as “FS,” is also called “belly flying.” It’s the most popular discipline worldwide, both inside and outside the tunnel, and it sets the foundation for bodyflight in general. You have to learn your “belly stuff” before you can move on to anything else. 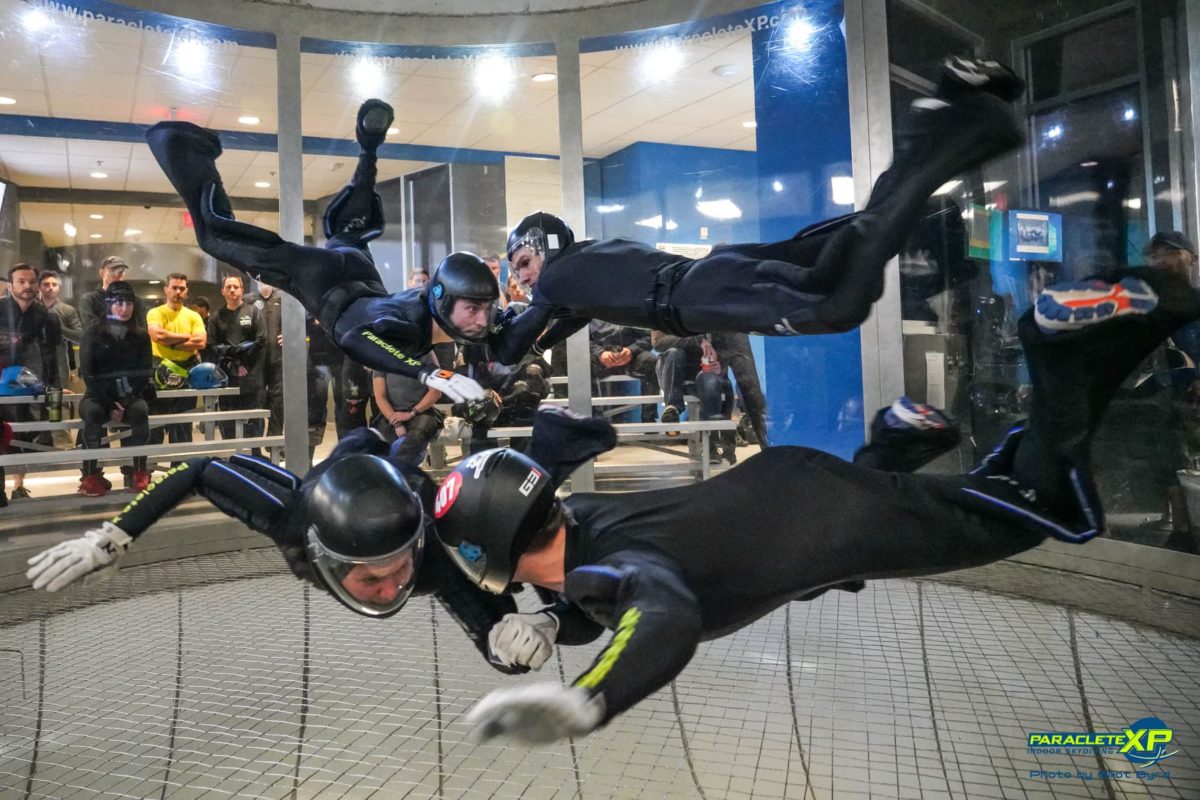 All that said, FS is far from “beginner.” The most advanced, most funded and highest-developed skydiving teams in the world compete in FS. These flyers compete in teams of 4 or 8, with the goal of the discipline being to complete a set number of formations in a given time. At the high level, FS is a game of how quickly you can scoot around and grab your teammates to make very specific shapes. From the basics to the big leagues, one thing’s for sure — it’s a lot of fun!

Beyond the Belly: Freefly and Freestyle

In freefly and freestyle, flyers use both horizontal and vertical flying axis and choreograph a flowing routine. The disciplines, once defined by a more geometric approach in freefly and a more balletic approach in freestyle, are merging in many ways towards a central point of long shapes, gymnastic aesthetics and a strength-meets-flow dance with the air. The key difference now — at least, at publication — is that freefly teams are generally comprised of two teammates and freestyle is a solo discipline.

In the tunnel, the freefly discipline has morphed into the discipline of dynamic flying. Dynamic flying, as opposed to simply mocking up the bodyflight techniques one would use on any given freefly jump, is a truly 3D discipline that uses all the space of the tunnel to combine a buffet of technical and artistic skills. In competition, teams of 4 flyers (D4W) or 2 flyers (D2W) battle it out in a tournament set up to demonstrate two different types of flying. In the speed round, flyers zip through as much of a compulsory routine as they can in a given time limit. In a free round, they get to show off their style, choreography and showmanship.

Remember how we were talking about how freefly has a tendency towards the geometric? Well: with the introduction of dynamic flying, freeflying in the tunnel has moved towards RW in some important ways to become vertical formation skydiving. Just like RW has teams linking up and making shapes on their bellies, VFS has teams linking up and making shapes in vertical (head-up and head-down) body positions. The aim — again, like RW — is to complete as many given formations in a set period of time. 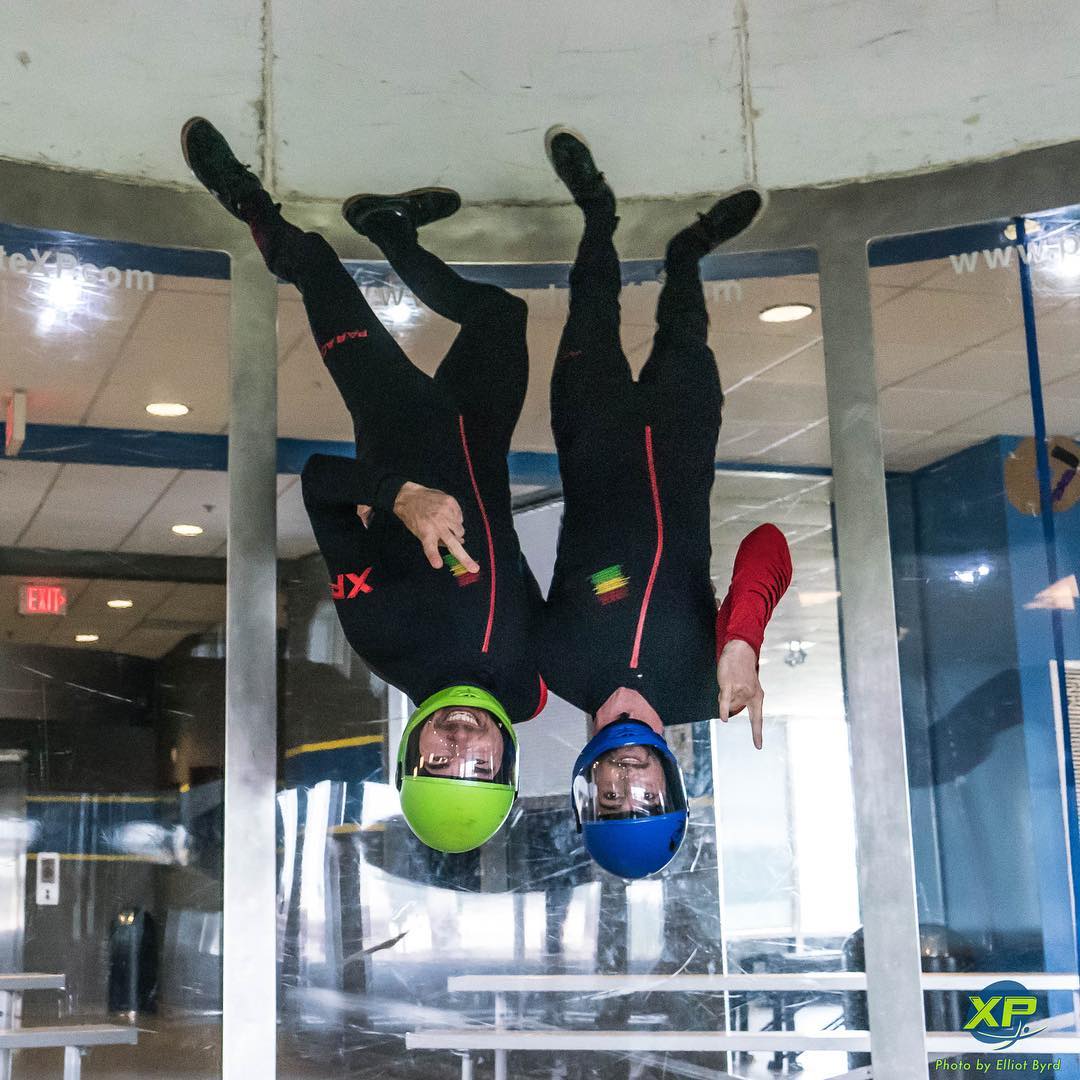 Interested in trying out (or simply checking out) a few of these indoor skydiving disciplines? We have great flyers at Paraclete XP who’ll be happy to show you their shapes. Check our events calendar for coaching, camps and fun events! We’ll see you there.

The entire staff is extraordinarily professional and gracious. They are extremely safety conscious while at the same time giving everyone as much freedom as they can safely manage. A rare combination. While we (adults) were there, our instructor also suited up and trained a 2-year-old boy and a three-year-old girl.