We think the term “indoor skydiving” is a little unfair, honestly. We understand how it came about, of course–flying in the wind tunnel, after all, remains the primary landlocked training ground for the skydiving world, and its importance to the advancement of the sport of skydiving can hardly be overstated. That said: tunnel flying is its very own sport with its very own world of practitioners, competitions, disciplines, politics and benefits.

With all that in mind: “Is indoor skydiving like the real thing?”

Flying in the wind tunnel–whether for fun, for training or for a combination of the two–puts your body in the airflow and requires that you use your body’s surfaces in a dynamic, acrobatic way to maneuver in the space. If you love the idea of learning how to “fly” your human form but don’t like the idea of wearing a parachute (or want a parachute-free introduction to bodyflight before you introduce that element later), tunnel flying is precisely your huckleberry. Here’s the deal:

Indoor Skydiving Isn’t As Big Of A Time Commitment For A First-timer.

Want to earn that A-license and start skydiving solo? Do it! When you do, you’ll do a few hours of classroom training to familiarize you with the equipment, the procedure and the specific skills you’ll be demonstrating on your very first jump. The wind tunnel, on the other hand, requires just a few minutes of briefing before you’re in the airflow and doin’ your thing. 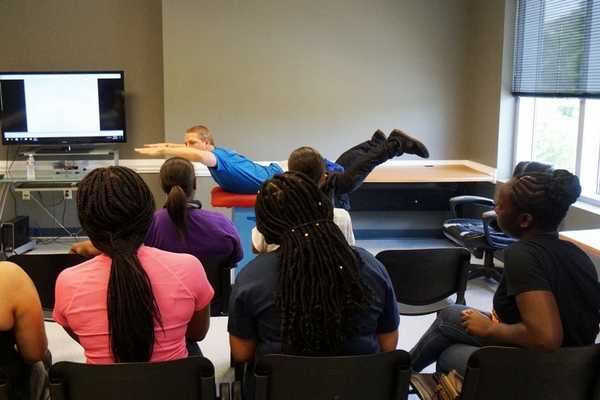 You Don’t Have To Ride Up In The Plane.

Planes make you nervous? Waiting makes you cross? No worries. Hopping into the wind tunnel doesn’t require any engagement with aircraft. One of the coolest knock-on benefits of this is that if you’re afraid of heights, this is a great way to try out how skydiving feels and familiarize yourself with at least part of the process so that you’ll be less overwhelmed when you actually jump out of a plane for the first time. If you’re nervous, using the tunnel is a really handy tool–you’ll to be able to separate two very challenging aspects of your skydiving education (freefall skills and canopy skills) so you can focus more of your energy on learning and less on freaking out. Tunnel flying is less scary than falling through the sky, but it’s still very exciting!

You’ll Still Be Freefalling (Just In A Controlled Environment).

Once you’re inside the tunnel, it works just like a freefall skydive! This is precisely the reason that the tunnel has become so important in the sport of skydiving: that the “windytube” provides a controlled environment to experience real freefall. 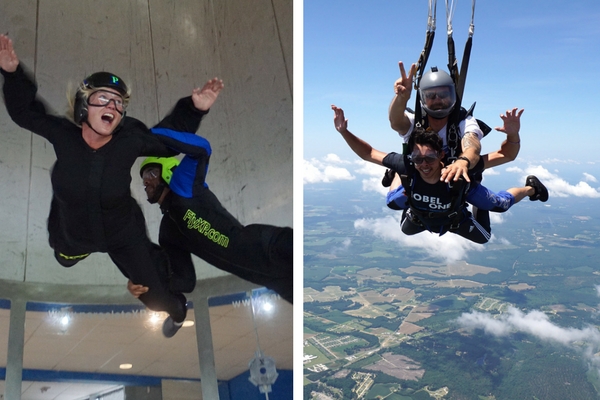 The big difference between indoor skydiving and skydiving–aside from the conspicuous absence of planes and parachutes, of course–is the subtraction of sky-specific variables. The staff member who controls the wind inside the tunnel can turn the wind speed up or down; the instructor can communicate with you very clearly and very directly; the tunnel can be shut off entirely if necessary (try that in the sky!). And, at the end, you simply walk out of the chamber with a smile on your face.

…Only to walk in again as soon as possible, because gosh darn it is tunnel flying a big, windy barrel of fun. Try it today! You’ll see.

This is a must do! If you want to skydive without jumping out of a plane, this is the place to do it. The staff are very knowledgeable, friendly, helpful and just plain awesome. I can't wait to go back for another flight.